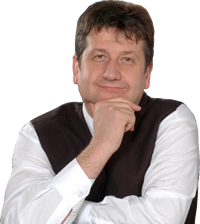 Tomas Ocelka is a scientist and laboratory manager, dedicated to issue of persistent organic compounds (POPs), and currently to Cannabis – technologies and analyses.

However, since broadened requirements of POPs, he had to immerse himself to industry, basic research groups, and legal authorities. His experience was transcribed into practical applications.

He believes that Cannabis can bring great solution for better health in areas of personal medicine; from other side of pole precaution principle towards POPs and their toxic effects.

But professional life occupies his about one third of his life, where the other, principal portion is dedicated to his family – great wife and children.

The perception of the freedom of the individual, the rights of the children to both parents, and the trampling of conservative values, are a warning to the present society and a dangerous future development.

His work has covered complex issue from passive sampling to data interpretation. His recent technological background is projected into technology for remediation of POPs and complex elimination from various sources, including precursors. In includes analytical testing under ČSN EN ISO/IEC 17025 standard.

His recent experience resulted from employment in National reference laboratory for POPs, that Institute Public Health Ostrava. Under his leadership, the laboratory was devoted to unique status for Ministry of Health (around Y2000), latter by Ministry of Agriculture (around Y2006).

Thanks to his visionary any systematic insight into the future of laboratory, he devoted the base for proper mix of information technologies, mainly LIMS, ECM and CRM. Those systems were later used in whole integration of laboratories, independently to their location.

His confidence to a necessity of to the best analytical and scientific standard in connection with R&D, he devoted to define many of superior applications in broad spectrum of grants, resulted to unique results. In connection with his activities abroad, he immersed the laboratory into international experience and teams.

He is founder of International Passive Sampling Workshop and Symposium (IPSW) – as a platform internationally recognized experts in passive sampling since 2002. Currently, celebrating 10th Anniversary in Dublin 2018 (see www.ipsw.eu).

As a response to necessity formation of better public awareness and strong expert international platform about contaminated areas, he has founded the platform ISEH: International Symposium and Workshops on Environmental and Health of Industrially contaminated areas. It operated in Moravskoslezsko region and it was linked to professional activities in various academic workplaces since 2012.

Since 2005, he has put fundamentals to unique Centre to Data Analysis (CEDAN), later transferred into Centre to Advanced Information Analysis (CAIA). Both that are based on conceptually framework, putting together main pillars of systematic data handling expert training and robust data mining. Sharing data with other workplace and linkage to multiprocessing systems (IT4 Innovation) bringing the highest standard of data analytical approach.

Since 2014 he acts as CEO of E&H services, Inc.. Since 2015 he involved the laboratory under his responsibility of his founded platform CannabiLab (see www.cannabilab.eu). This workplace is currently recognised as the one laboratory for complex testing of medical cannabis in Czech Republic under GMP standard. At the same time, he has been initiated pioneering work on novel technologies for extract purifications and removal harmful compounds like PAHs, PCBs, PCDD/Fs, pesticides, without any loss of any CBs.

His expert work is distinctively crowned by 80+ expert papers, studies and publications.

He has conceptually proposed and solved over 30+ internationally relevant projects.

There are two greatest Alma Maters that seriously influenced his personal and professional life. The former has helped on understanding the life in its complex way, putting a fundamental base for professional start for both chemistry and related areas. The letter has opened the insight into fundamentals of analytical thinking and critical data analysis, in the concert with the drill from the study of practical data analysis. Below, there are mentioned key educational sequences:

Please, use the form below for contacting me.